Spring Turkey season just opened a few days ago, and many hunters have been itching to get back in the field as the 2019 hunting opportunities begin.
Chris Hardy is an avid hunter from Vanceburg Kentucky. Hardy works for Eastern Kentucky Power in Lewis County. He bagged his first turkey in 1991, and he hasn’t let up since then. After talking to him, it was clear he has a good handle on this sport and didn’t waste any time getting his bird. 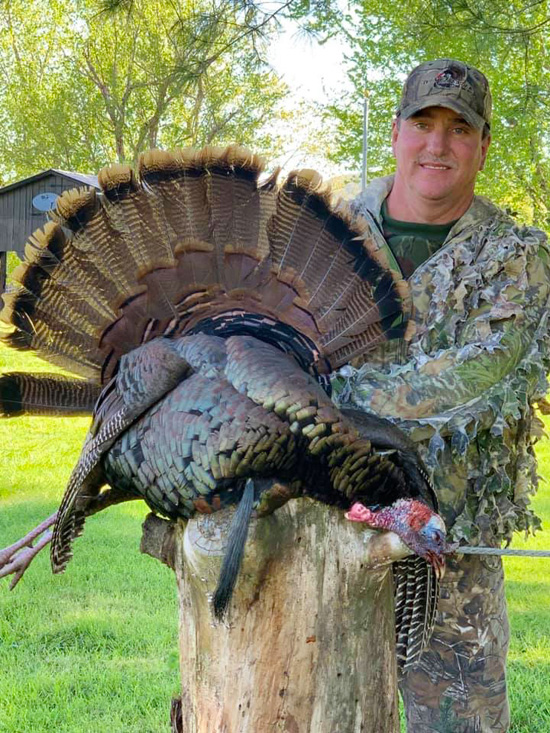 He was hunting on his father’s farm a place he knows like the back of his hand. He was using the standard gear. His gun was 870 Remmington Wingmaster using a number five shot extended range shells. I could tell he was proud of his ability to use his mouth call. He told me he felt it was his secret weapon. It wasn’t just any call; it was a Knight & Hale Diaphragm call known as the “Preacher.” These calls take some practice they are even competitions around the country for showing off your skills in bringing in the lovelorn gobblers.

Listening to Chris’ story, it became clear that while the Preacher call was part of his bag of tricks, he also employed a Scratch Call. The scratch call he uses is a Cody Slate call design by Bill Zearing made from natural materials instead of synthetics and plastics, these calls have gained great popularity in the turkey hunting community.

Hardy started out that morning heading to an area he knew had held birds in the past. Once he was in positing he started calling. It wasn’t any time until the birds were answering his calls. He could tell they were getting closer. He expected them to move out into an open spot where he could get an easy shot. It wasn’t to be, the hen birds led the gobblers down a different path, and Hardy had to think about making a move to get in a better advantage position. 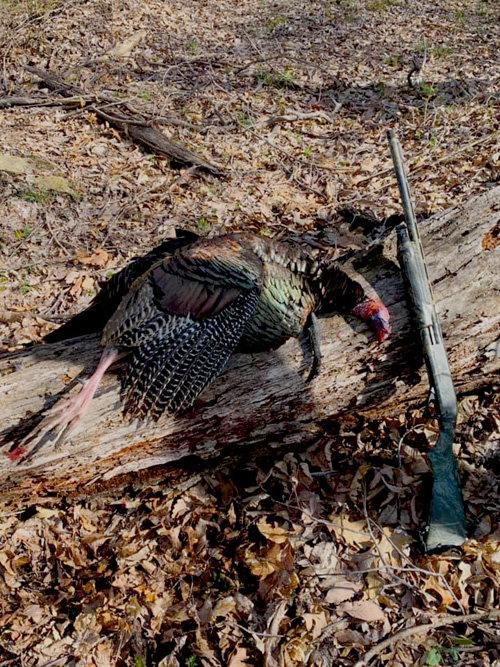 He moved as slowly as he could. He said, “It was wet that morning and every step I made my boots would make a sound, and it seem like the turkey was calling to the sounds of my sloppy boots in the mud.” He stopped and backed into a small area of wooded timber close to a clearing. He started calling again using the Preacher call. They started answering him again. He could tell they were moving toward him as their answer calls became more intense.

This is the time where the hair just wants to stand up on the back of your neck, they were close and loud, but he still couldn’t see them. They just needed that little something to get them to come on in. He could hear the birds as they move through the leaves still staying just out of sight.

Chris cradled his gun and pulled out the Cody call, and he alternated the Preacher and Cody call. He could hear the wings flapping as two big gobblers flew right out in the open, in range. Chris brought his shotgun to his shoulder as quietly as possible. Looking at the two birds, one was much larger than the other. He clicked off the safety and picked up the bird in his vision as he squeezed off a shot.

One shot and the bird was down. It was a massive bird with a 10-inch beard and one-inch spurs. A satisfying end to a perfect day of turkey hunting. If you are interested in learning more about turkey hunting in Kentucky, you can visit the KFWL website https://fw.ky.gov/Hunt/Pages/Spring-Turkey-Hunting.aspx until next time may God bless you and keep you safe.