Have you ever had one of those trips where everything seems to go wrong, and you can’t seem to get on track? That’s how this trip began. As I get ready to leave Ashland, my car died right in front of the hospital like it just ran out of gas, but it had a full tank.
I got out of the car and got a battery out of my boat and jumped the car, and it started. It went about 30 feet, and it died again. So I took the battery out and installed the boat battery. The car started, so I went to the Battery Terminal, and they checked out the system and told me my alternator was bad. The next stop was the auto parts store, where I picked up a new alternator that we would install at the lake. 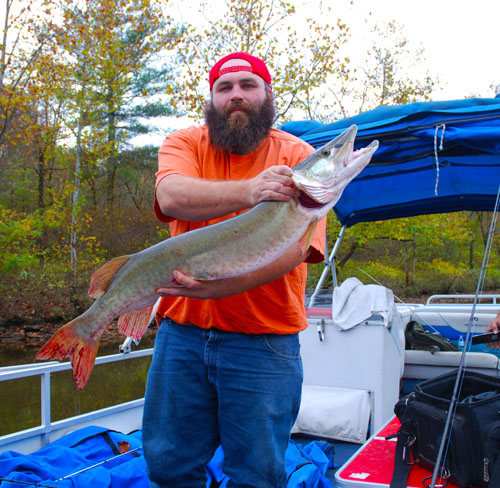 This is the first Muskie that we managed to get in the boat on the fall trip caught by Aaron Erwin. The fish was 37″ long and released alive (photo by Chris Erwin)

Once I got to the lake, my boat wouldn’t start. I put the trolling motor down and fished my way to where I park my boat. Along the way, I was casting an old roadbed when my lure stopped dead and then took off to the right! I set the hook, and the fish almost jerk the rod out of my hands.

This fish was massive; I knew it wasn’t a bass, and the first look at it confirmed it was a Muskie. I could feel it come up, making awake on the top of the water the size of a semi-truck tire. Then down it went bending my rod double. There was too much pressure to reel; all I could do was hang on and let this monster tire itself out. After some struggle, the fish came to the boat. It was in the mid-40-inch range with a heavy gutted body.

I was alone, and I could see my little crankbait was plastered on the side of the fish’s face. I had to reach for the dip net and step back up on the deck, all while trying to hold the fish. Just I started to try and dip the fish; it bolted straight down and ripped the lure out of its face. I slump back in my casting chair luck had taken a vacation. I was ready for this streak of bad Karma to end.
After getting back to the cabin, I had a chance to fish with my son before he had to leave after the weekend. Three hours on the water and five pretty good bass caught, but no Muskie would take another look at our bait. He would be coming back down on Thursday, and we would give it another try. 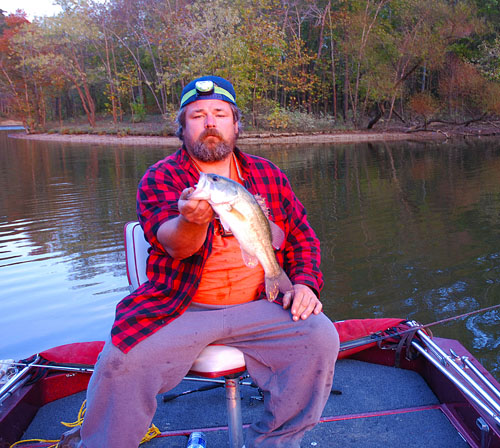 In the meantime, I would be fishing with my grandson and his buddy Larry from the pontoon boat by Tuesday, we had caught our share of bass, but the Muskie was eluding us.
Tues was an overcast day with the threat of rain at any time. We set out casting some flats that had produced in the past. One thing about fishing from a pontoon boat everyone has a lot of room, and it was a great time to feel the fall air. The tree was every color you could imagine. As I looked up the cove, I could see what looked like a Norman Rockwell painting with splashes of color that only nature can provide.

As I was getting lost in the beauty of the fall foliage, I could see Aaron lean back and set the hook. Aaron yelled Fish ON! A Muskie exploded out of the water next to the bank, doing a complete 360 and splashing her side flat down on the water, making a noise you could hear to the back of the cove. I jumped up and grabbed the net as the fish disappeared under the boat. The fish was trying to wrap itself up in the trolling motor, but Aaron managed to lead it to the right side where I was standing with the net; it took a lunge, but it went right in the net.

After a few pictures, we released the fish, and she kicked out of Aaron’s hands and headed for deep water. I hope I get to have a part two to this story; at this point, it’s up to the fish. Chris Erwin is the founder and editor of Kentucky Angling News Magazine and can be reached at Chris@ashlandbeacon.com 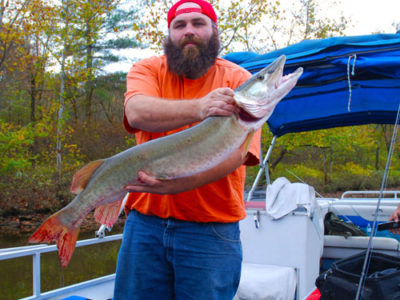 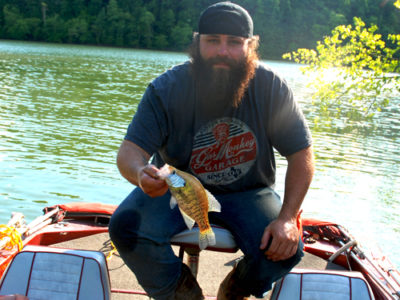 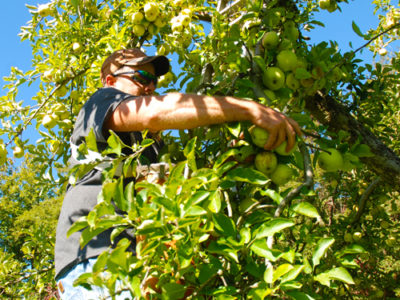