It’s often said these are the good old days for deer hunting in Kentucky, but for those of a certain age, or new to hunting, it’s all they have ever known.
The world was tip-toeing into a new millennium the last time Kentucky’s deer harvest did not break 100,000 for a season. The 2016-17 season cleared that mark and surpassed 130,000 for the fifth consecutive season. 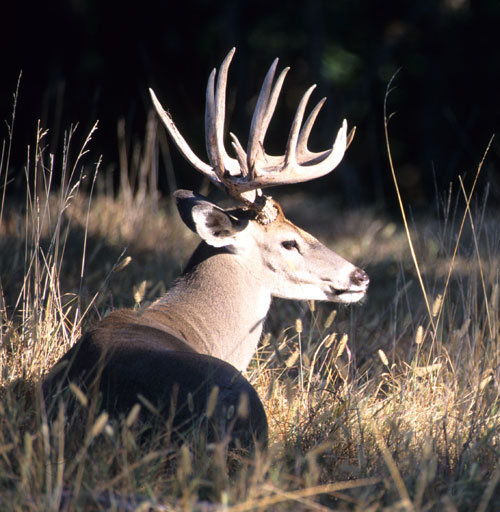 Kentucky deer hunters bagged more than 139,000 deer this past season that concluded Jan. 16. This is the third highest harvest total ever recorded.
Lee McClellan

Hunters combined to take more than 139,000 deer before the book closed Jan. 16 on one of the three best seasons on record in Kentucky. The only seasons with higher harvest totals were the 2013-14 and 2015-16 seasons.

“We’ve been harvesting a lot of deer and that’s a reflection of how many deer we have on the landscape,” said Gabe Jenkins, big game program coordinator with the Kentucky Department of Fish and Wildlife Resources. “The good thing is our quality is still up. I’ve talked to a lot of folks who saw a lot of nice deer harvested this season.”
The 2015-16 season produced new records at nearly every turn, including the overall harvest record. Archery hunters kept the trend going this past September by starting the 2016-17 season with a record opening weekend.

A slowdown ensued as unseasonably warm temperatures set in. High winds, an ample acorn crop and a full moon added to the challenge for early muzzleloader season in mid-October and the two-day take was down sharply from the previous year.
Cooler temperatures arrived for modern gun season in November and coincided with the peak of breeding activity across the state.

“I think the warm weather possibly shifted some early season hunters to later,” Jenkins said. “I’ll have to look at that when I start digging into the numbers. I would venture to say that a lot of folks who normally take deer in September and October didn’t and waited until November.”

For the first time in 18 seasons, Owen County did not lead the state in the number of deer taken. Pendleton County finished ahead of it.

Harvest totals in the northern Kentucky county have been on the upswing for several seasons, and the recent results bring added attention to the fact. Hunters there reported taking more than 3,200 deer this past season. Owen, Crittenden, Graves and Christian counties completed the top-five.

Hunters took more than 5,500 deer on public lands across the state, according to telecheck harvest results. Two areas of interest entering this past season were Big Rivers WMA and State Forest in Crittenden and Union counties and the new Rolling Fork WMA in Nelson and LaRue counties.

Kentucky Fish and Wildlife debuted a first-of-its-kind quota hunt for archery and crossbow deer hunting this past season at Big Rivers, which expanded in 2016 with the addition of the 841-acre Jenkins-Rich tract in Crittenden County.
“It was a pretty big move for us,” Jenkins said. “When we looked at this one, it wasn’t people shooting five or six deer. It was one person coming and shooting one deer, and it was a lot of people doing that. So it was strictly a numbers game.”
The action achieved the intended result: the deer harvest on Big Rivers was reduced by 38 percent this season.

Rolling Fork WMA came online this past September and allows modern gun hunting for deer. Of the 27 deer taken with a modern gun on the area, 19 were bagged on the more rugged LaRue County side of the property. A total of 32 deer – 15 male, 17 female – were taken on the WMA across all seasons.

Hunters reporting their harvest to Kentucky Fish and Wildlife through the telecheck process this past season were asked for additional information if they were checking male deer with or without antlers. Their answers will help biologists.
“We will be able to get a better feel for age-at-harvest more than we ever have,” Jenkins said. “It will allow us to analyze how we’ve been estimating in the past through our collections in the field compared to what our hunters are reporting. It will be beneficial to make those comparisons.”

Hunters who took a trophy deer this past season are encouraged to submit the necessary information for recognition in the trophy deer list that will appear in the next Kentucky Hunting and Trapping Guide. The deadline for submissions is May 1.
To be eligible, a hunter must have taken a white-tailed deer in Kentucky this past season that net scored 160 or higher typical or net scored 185 or higher non-typical going by the Boone and Crockett scoring system. The completed and signed score sheet along with a photo should be sent to Kentucky Hunting and Trapping Guide, #1 Sportsman’s Lane, Frankfort, KY 40601. Include the county in which the deer was taken and the equipment used to harvest the deer. Emailed submissions to info.center@ky.gov also are accepted.