Too many in our area, Chris Malone is well known; he is the owner of Malone’s Marine & Repair in Ironton, OH. At 49, he has won the largest purse in fishing for 2020 except for the Bassmaster Classic, which was a 300,000 dollar pay-out. Malone’s win amounted to 237,500 dollars, and the guy riding in the back of the boat won a new Phoenix Bass Boat. His name was Matt Greene from Ca.
Since Greene was from Ventura, Ca. Chris bought the boat. Malone won the tournament with 41 lbs. all smallmouth. This contest took place on Lake Cumberland on Dec. the 3-5th; the weight was a combined total on the final day of a three-day tournament. 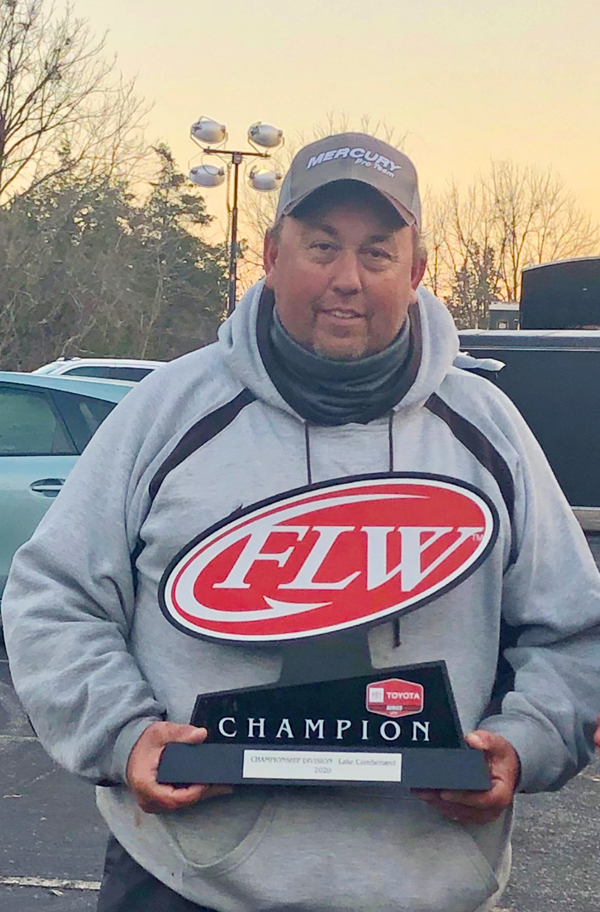 Chris Malone accepts his trophy as the FLW 2020 Toyota Series Champion along with a check for 237,500 dollars, the second-largest purse in Bass fishing in 2020 (photo submitted)

Malone didn’t just walk into this tournament; you have to get there by the point system calculated over the FLW tour. In Malone’s case, that amounted to three other tournaments; however, another Kentucky lake would end up being his ticket into the final Championship. Chris came in 5th at Dale Hollow Lake, moving him into 17th place and giving him a birth in the Championship contest.
Chris Malone is no stranger to Lake Cumberland. He owns a house there on the lake and is intimately familiar with all areas of the lake. His approach to the water was known history for him. Knowing this lake, he set his focus on the smallmouth. He did that by finding the fish in practice using tailspin baits, following up using a crankbait. All of his fish were caught on the tailspin bait except for two, and they were caught on the crankbait.

Much of his fishing was done fishing bluffs where he was using a vertical presentation hopping the bait from the bottom; he said, “Many of the strikes were on the second hop.” He would then follow with a slow retrieve to look for deeper fish.

In areas where the timber made it hard to fish the tailspin bait, he would throw the crankbait this was because he couldn’t waste time dealing with snagging the tailspin on the trees.
He said for the first two days of the tournament, he spent his time in about a six-mile area where Malone had located during his pre-fish time, but the last day he opened up this location area and drove about 20 miles down the lake. 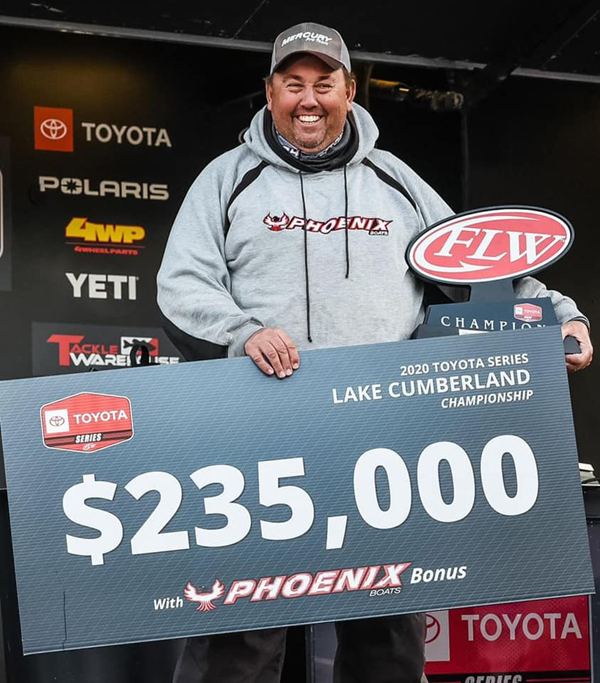 He was using 6ft-10″ G.Looms rod and a Shimano Curado DC casting reel spooled with fluorocarbon line and throwing a 1/2ounce tailspin bait.
They were 221 anglers in this contest, and Chris Malone won this contest with 15 fish over three days, which beat the second-place finisher by one pound and three ounces. His largest fish was 4lb 4oz.
Chris Malone, a local angler, has set the bar sky-high for our local fishing community. It’s not often in my 20 years of writing about fishing have I been able to tell you a local guy just won 237,000 dollars doing what we all love to do.
Congratulations to Chris Malone! The big win has for all time proved a local angler could make their mark in the world of fishing.