The Place is Table Rock Lake near Branson, Mo. The time was Oct. 29th to the 31st. This tournament is by invitation only, and it’s considered the Super Bowl of Crappie fishing. The Wally Marshall Classic Tournament comprises 113 boats that are broken into flights as they head out on the water for a three-day tournament. To make it past the first day, you must finish in the top 50 boats.
I have fished some big tournaments in my tournament fishing days, and I can tell you it’s an exciting time. There is nothing like sitting in the water with a hundred boats as they idle their engines. The tournament prepares to cast the first flight. Tournament officials are checking live-wells and safety equipment. However, David Salisbury story begins before the tournament gets underway as he sets out to use his practice time. 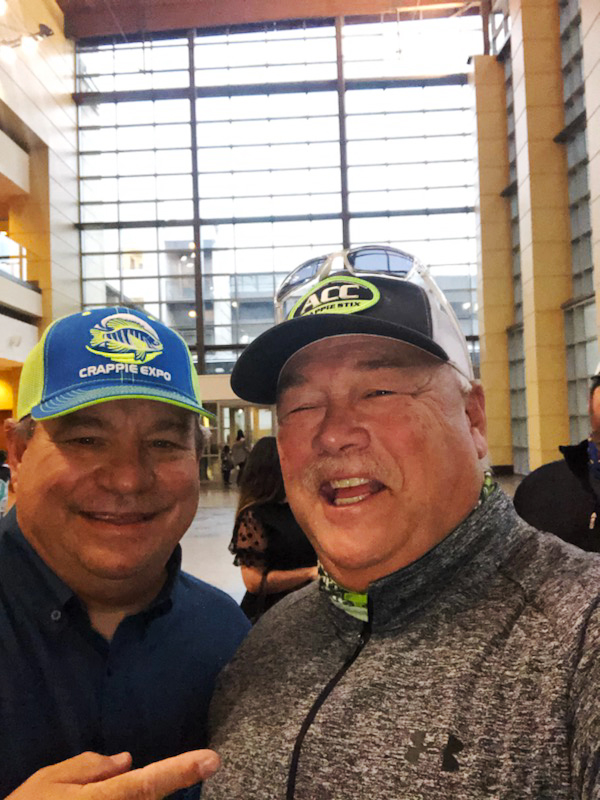 Salisbury fishing from a Nitro Crappie rigged bass boat starts his pre-fish days by locating fish. This is the time when anglers get to practice and find fish. The objective is to put together a plan to use every bit of your time on the water once the competition begins.

It looked like it was all coming together he had found fish and was sure he could put some good fish in the boat.
For most of us, crappie fish is sitting on a spot using live bait. Having some type of fish finder often helps in finding a good brush pile to begin fishing. However, today crappie fishing has been growing fast, and with it the gear has exploded with Fish finders like the Live-view models and Hummingbirds DI and side-view imaging. So the days of sitting in one spot all day are mostly just fond memories.

I ask Dave if most of the anglers were fishing with Spider-rigs; this is where the anglerfishes with four to eight poles at a time with unique rod holders made just for this type of fishing. I was surprised to hear that only about 10 of the 133 boat were using this setup type. He said, “With the electronics used today, most guys were fishing with single poles. This tournament was artificial bait only, so most anglers were casting much the same as bass fisherman.” 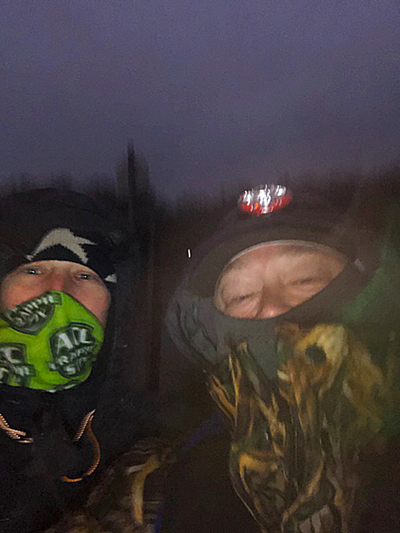 On the day of the event, Salisbury boat was drawn to be in the last flight, so he watched most of the boats head out in front of him. He took off for his first location; after about forty minutes, he realized his boat was sinking. Water was coming over the false floor, which meant hundreds of gallons of water were in the boat. They knew that they didn’t hit anything, so it was unlikely they had a hole in the boat. They also knew they had put the drain plug in the hole, but never the less the boat was sinking. A quick check in the live-wells and it became clear the fill tube going to live-wells had come loose, and it was under part of the gas tank where they could get to it. One of the rules in this competition is you can’t remove your boat from the water once the tournament begins, so this turned Davis Salisbury and Tyler Boyd from a competitor to a spectator.

The tournament winners were Jerry Hancock and partner Paul O’beir with a total weight of 27.73lbs that was 21 fish. Because of the inability to continue, Salisbury and his partner Tyler Boyd finished in 88 place. While it was disappointing not to continue, he said it was a great experience and hoped to get a second shot at in the future.
I want to remind everyone that COVID-19 is getting worse in our area. Please be safe and wear a mask while in public; the vaccine should be out soon, and maybe we can all get back to normal.