ASHLAND Efforts are underway in eastern Kentucky to reopen the Jenny Wiley Trail, a former 180 mile National Recreation Trail that fell into disuse as a footpath shortly after being opened more than 30 years ago.

The JWT stretched from South Portsmouth in Greenup County to the lodge at Jenny Wiley State Park in Floyd County and was first opened in 1980. Designed to commemorate the path pioneer woman Jenny Wiley followed during her adduction by Native Americans in 1789 from her home near present day Tazewell, Va. and her subsequent escape. The trail  touches some of the most scenic and distinct geographic features in the region including the Pottsville Escarpment and Elliott County’s scenic Devil’s Fork Canyon  in addition to passing other landmarks. 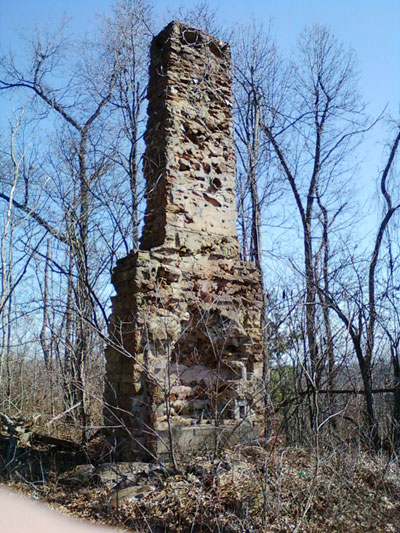 The remains of Kentucky Poete Laurete Lee Pennington's cabin along the JWT near Greenup. Photo courtesy of the Jenny Wiley Trail Conference

Conceived, built and managed by volunteers who comprised the Jenny Wiley Trail Conference, its construction was completed using $550,000 in federal grant funds secured by the FIVCO Area Development District, which was instrumental in securing landowner easements as most of the trail passes through privately held lands. A year after the path was completed the state took over ownership and immediately began scaling back its support, according to Soc Clay a founding member of the JWTC.

Funding diminished from $100,000 a year to $25,000 before the public funding spigot was shut off entirely, he recalled, adding the state never fully upheld its end of the bargain to promote the trail. It never even created a brochure or map and in the late 80s closed the trail completely, replacing it with a driving tour that even residents don’t know is there.

But Clay is optimistic that the JWT can be saved.

A coalition of state and local officials, outdoor enthusiasts and others have been meeting for the last few years to expand recreational trails in Kentucky in order to promote the state as a premier destination for the ever-growing adventure tourism industry. The Jenny Wiley Trail could be a major part of that believes interim executive director Steve Barbour has been leading the JWT revitalization efforts.

Barbour is also the executive director of the Sheltowee Trace, Kentucky’s longest trail which stretches more than 280 miles across the state through the Daniel Boone National Forest. He wants to see the JWT reinvented to create a unique destination trail that will both complement and will greatly enlarge current long-distance hiking trail options in Kentucky. 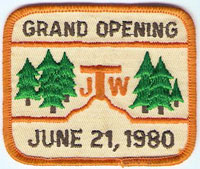 In addition to immediately reopening portions of the JWT in the northern district between South Shore and Greenbo Lake State Park, where the trail can still be found,  Barbour has also proposed rerouting it the JWT nearly 30 miles east, so that it can connect Carter Caves State Resort Park and Grayson Lake State Park directly.

Plans also include adding significant length to the trail’s southern end changing its terminus from the Jenny Wiley State Park near Prestonsburg to The Breaks Interstate Park in Pike County along the Virginia border. The expansion would add Paintsville Lake, Dewey Lake and Fish Trap Lake to the burgeoning list of public lands the JWT would cross.

According to Barbour, no other long distance trail in single state would connect so many public parks and lakes, making it a national attraction. This uniqueness would aid in its promotion, he added.

“The Great Eastern (Trail) is the main highway for the JWT and the Sheltowee. Our two Kentucky long trails will be on-ramps to this trail and the North Country Trail enabling long distance journeys that only our pioneer fathers and mothers experienced until now,” said Barbour. 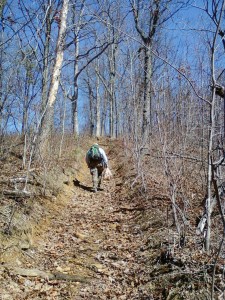 Volunteer Dean Adams surveys the condition of the JWT near Greenup in March. Photo courtesy of the Jenny Wiley Trail Conference

But before that vision can be realized, there is a lot of work to do. The JWTC is still in the process of reorganizing itself and recruiting volunteers and supporters.

Hurdles to reopening and expand the trail include: finding, marking and clearing the former trail, securing landowner easements to old and new lands the trail will cross, building political support for linking the public lands and raising money to cover insurance and maintenance costs.
A second organizational meeting of the JWTC is slated for Tuesday at the Jenny Wiley State Park Lodge near Prestonsburg beginning at 7 p.m.

To learn more about the trail, volunteer opportunities or to follow its progress, join The Jenny Wiley Trail Conference page on Facebook or on twitter @jennywileytrail.

11 comments for “Clearing the Path: Resurrecting the Jenny Wiley Trail”