Asian carp have become a major concern in the Tennessee and Cumberland rivers and many other rivers within the Mississippi River basin. 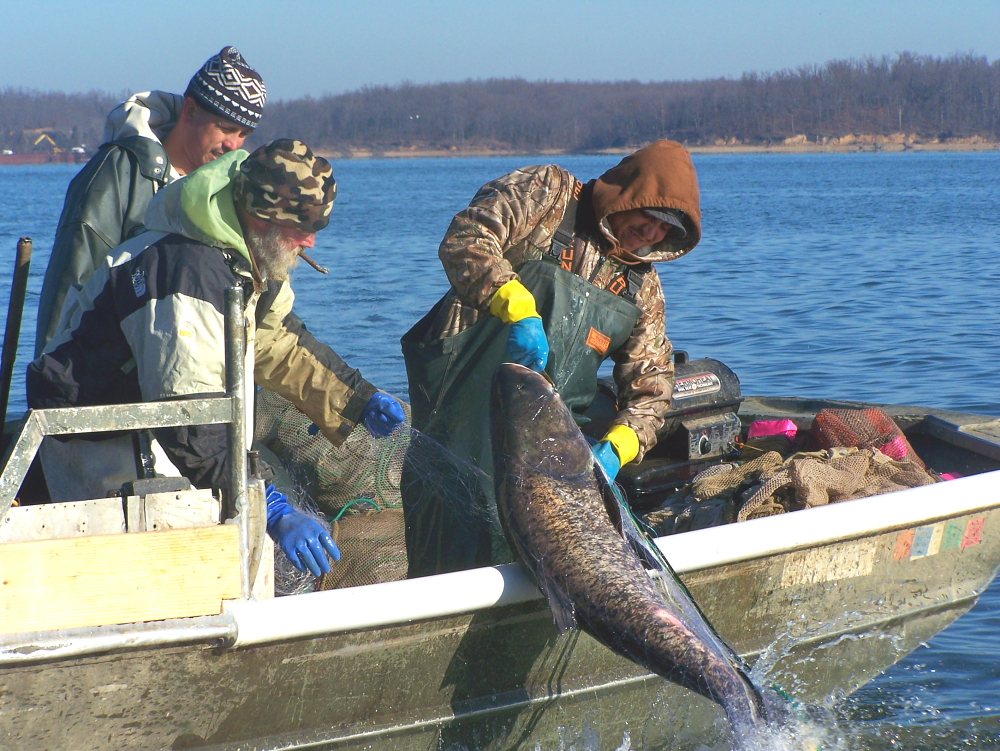 A multi-year effort by the Fisheries Division of the Kentucky Department of Fish and Wildlife Resources to help reduce the population of Asian carp by working with fish processors and the commercial fishing industry should bear fruit in 2017. This is one of the many efforts and programs to improve wildlife and their habitats in the coming year. and now this new project may even find new ways to control these fish
Asian carp photo by Paul Rister

In western Kentucky, two of the state’s largest reservoirs, Kentucky Lake and Lake Barkley, were formed by the construction of navigation dams on the Tennessee and Cumberland rivers, respectively. The lock systems of these dams are the primary sources of reservoir access for the invasive fish.

Asian carp also continue to expand their ranges up many river systems throughout the Mississippi River and Ohio River basins.

In response to the looming threat of invasions, several federal and state agencies and universities are working together to test a sound and air bubble system (bio-acoustic fish fence) that could be installed below lock chambers to deter fish passage. These systems have not been tested on Asian carp below dams, and the research is needed to assess the technology’s efficiency at reducing fish movement beyond the system.

Bio-acoustic fish fence (BAFF) technology was invented and has been used in Europe, by the United Kingdom company, Fish Guidance Systems, LTD (FGS). This company’s technology has been chosen for testing in the downstream approach to the lock chamber at Barkley Dam in Kentucky.

The Nashville District and Research and Development Center (ERDC) of the U.S. Army Corps of Engineers (USACE), U.S. Geological Survey, the U.S. Fish and Wildlife Service, U.S. Environmental Protection Agency, University of Minnesota, FGS, Tennessee Wildlife Resources Agency and Kentucky Department of Fish and Wildlife Resources are combining funding, technology or staff to construct a research plan that should put a BAFF system in the downstream approach to the lock chamber in early 2019.

The extent of Asian carp movement from the tailwater into the reservoir will be assessed using multiple techniques including an existing and expanding telemetry receiver array.

Tests for the BAFF were initially projected to begin this month; however, significant structural modifications will be required to protect the BAFF from large, heavy debris that would be pushed or pulled through the lock chambers, delaying the project until early 2019.

The BAFF will be deployed in the downstream approach of the Barkley lock chamber. The additional time until deployment will also allow for various aquatic community samples to be taken and assessed to satisfy permit requirements for all projects that may affect the biota or the USACE’s operational procedures for recreational and commercial passage through the locks. 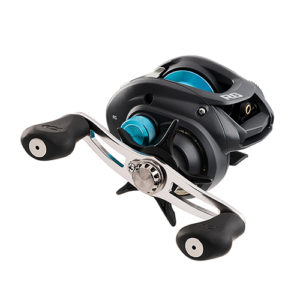 The Daiwa RG Baitcasting Reel is modestly priced yet crafted with engineering and design features that make this reel a symbol of perfection in simplicity. Attractive in design and rugged in build, the RG features a 6 Ball Bearing System that smoothy moves the handle, spool and level wind. The Magforce Cast Control outperforms ordinary centrifigal brakes. It is a unique magnetic anti-backlash control that can be adjusted for any skill level. An ergonomically designed 90mm Swept Handle makes a day of cranking easy work. The 6.3 to 1 gear ratio models come in right hand crank, the 7.1 to 1 gear ratio models come in left and right side crank. Simplicity in design, elemental features and rugged construction make the moderately priced RG Baitcasting Reel a true baitcaster with expensive reel performance.

$67.07 Daiwa RG Baitcasting Reel Free Shipping while they last! After adding your product to the cart return to the bottom of the page to complete your order, you will then Click the Paypal button 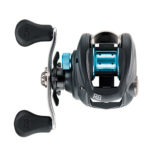