FRANKFORT, Ky. (March 20, 2018) — The Kentucky Department of Fish and Wildlife Resources will study the impact of allowing anglers participating in fishing tournaments to keep shorter bass in lakes with special regulations. 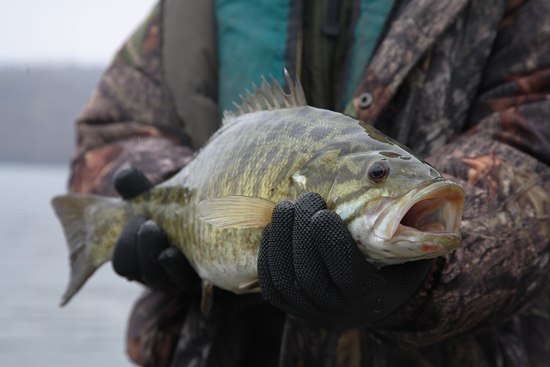 The three-year test is limited to two spring and two fall tournaments each year on Lake Cumberland and Cave Run Lake.

During the assessment period, anglers participating in approved tournaments could keep any fish above the statewide size limit of 12 inches for either species of bass. The number of fish anglers can keep each day will not change.

The study will help fisheries biologists determine if these limited exceptions to the bass size limits will significantly affect the overall fishery in the lake.

Tournament anglers release all bass after weighing and recording the fish. Participants take steps to keep fish alive during the tournament by using proper handling techniques and putting bass in livewells. Kentucky Fish and Wildlife will not grant the tournament size limit exemption between June through September, when higher water temperatures can lead to greater fish mortality.

As part of the study, department fisheries biologists will monitor fish mortality throughout the tournament and for one week following release of the fish. The first test will occur with the FLW (Fishing League Worldwide) tournament set for April 12-15 at Lake Cumberland. The tournament, hosted by the Somerset Tourist and Convention Commission, will launch from General Burnside Island State Park.

The department will reach out to different tournament groups to gauge their interest in the coming years. All participating tournaments must follow specific weigh-in and release requirements set by the department.